When you hear the name Chelsea Singh, the first thing that springs to mind may be his wild antics on Celebrity Big Brother, but there is a great deal more to this self made millionaire entrepreneur than meets the eye.

We caught up with Chelsea for a chinwag on the phone whilst he was on route to a film premiere for the movie Dead Ringers. Excitedly, I quizzed him about one of his current acting roles and he told me that he was playing “a bit of a naughty boy drug dealer.” Chelsea had me in peals of giggles as he delivered his lines over the phone in an East End accent and it’s very easy to see why he is a natural entertainer. 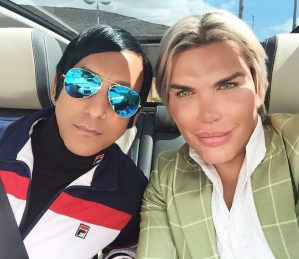 I wondered what Chelsea was up to today and he told me “I have just been car shopping, but I’m torn between a Ferrari and a Lambo. Now I’m off to a film premiere to party with Calum Best, Luke White, Alex Reid and Amar Adatia.”

Chelsea is in hot demand and with his many businesses and projects keeping him busy, he is constantly on the go. I promised not to take up too much of his time, but he was extremely pleasant and was happy to chat about life, business and everything in between.  Despite his celeb status, he comes across as very approachable as well as a bit of a wild card!

Chelsea was born and bred in Plumstead and over the phone he regaled stories of his poverty stricken childhood. He revealed that his family was so poor when he was a kid, that they were unable to afford Adidas trainers and that he was so desperate for a pair that he drew his own stripes on a cheaper version!  This is a far cry from the entrepreneur Chelsea is today, who drives a Bentley and runs businesses across every corner of the globe. The global star has homes in Chelsea, Windsor, Tenerife and Sweden and owns businesses in London, The Canary Islands, Miami and India to name just a few. He admits that a lot of his clients are super rich celebrities. Big name stars flock to Ink Bar – his cocktail and champagne bar in Windsor, which is situated just opposite Windsor castle and has become a popular haunt for TV’s hottest reality stars and film producers. 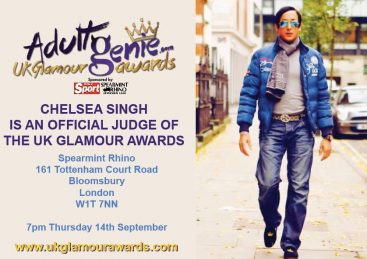 I couldn’t resist asking Chelsea what he makes of all the controversial stories the papers print about him and he said very matter of factly “The thing is Kaz, I’m a straight talker. With me there is no bull shit! What you see is what you get!”

This upfront attitude is part of the stars make up and one of his qualities that makes for very entertaining viewing. I wondered what it was like being in the Big Brother house and what he missed the most.

“I missed driving my car and I really missed my kids.” he told me. “If I am being honest I also missed being in control of my own life. As a businessman, I am used to making all my own decisions and when you are in the house, all of that is wrested away from you and you are controlled by the producers. That was the biggest challenge for me.”

In fact, one of Chelsea’s pinnacle moments on the show was when he announced that he was breaking out, taking Marco with him and taking a jet to Miami. It seems that tables had suddenly turned on the producers who were desperate to persuade their key players to stay for the duration of the show.

“We laid out our demands” Chelsea told me with a laugh “We said get us some champagne and then we’ll talk! The producers buckled and came back with enough supplies to sink a ship! Marco and I got completely pissed faced and finally staggered back into the house at, 5am laughing all the way!” 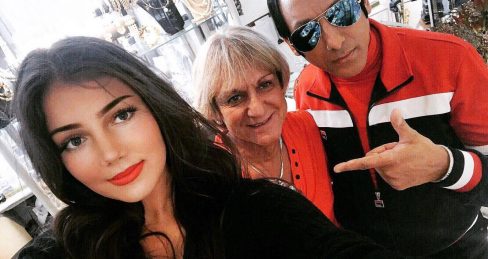 Often reality TV stars are simply pawns for the producers to use in a show, but it is clear that they were unable to get the upper hand with the Chelsea bad boy! So, what led this affluent man with fingers in many profitable pies to endure a stint on Big Brother you might wonder? Chelsea reveals that he did it for the experience and because it was something he had never done before. His stint in The BB house has paid off and since he has been inundated with work offers and ventures from TV work and business proposals through to films.

Some of his TV appearances include Celebrity Big Brother, Channel 4’s How’d You get So Rich? And Posh Pawn.  One of his latest filming ventures is acting along celebrity gangster Dave Courtney in Little Bastards, which hits our screens in 2017.

The bad boy charmer enjoys live events as much TV and will be hosting this years Miss Supranational. He is also one of our celebrity judges at The UK Glamour Awards on 14th September, so you can come along and get a selfie with him!

Despite his incredibly manic schedule, Chelsea is quite the family man at heart and enjoys spending time with family and his daughter Kenzie who has just turned 18.

“She’s a high end fashion model and I’m so proud of her. “ he says with admiration in his voice.  “She’s doing a fashion show in India soon and I’m taking her. She is absolutely beautiful.”

It’s clear that Chelsea has had quite a journey from rags to riches and has embraced the struggle that has made him a self made millionaire and has never looked back. He is currently writing an autobiography which journals his road to success and the struggles and obstacles he has faced and overcome on his journey. The book will be released sometime next year so keep your eyes peeled for the release date!

Article By Kaz B