We were lucky enough to catch up with Jeremy Nargi, International Marketing Director for Spearmint Rhino who took time out of his busy schedule to give us some insight into his career working at the world-famous strip club and tell us more about his collaboration with the world’s largest webcamming platform Adultgenie.com 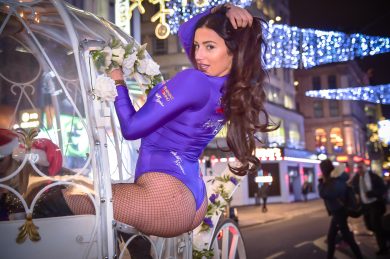 Jeremy has had great success promoting the exclusive gentlemen’s club and confesses that he enjoys promoting guilty pleasures! 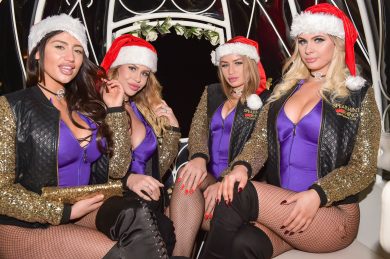 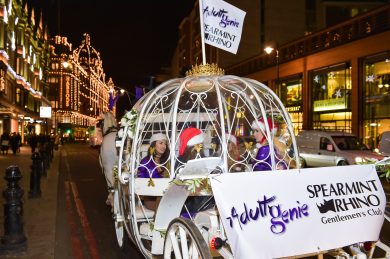 It all began with a stint in the music industry and Jeremy specialised in marketing pop groups, which saw the rise of many well-known British bands and indie groups. Later he set his sights on some new challenges but still with a focus on entertainment and that is when he was recruited by the Spearmint Rhino chain. Over the years, he has introduced various new promotional opportunities to the club which has involved Boxing, motorsports, MMA and PR stunts. 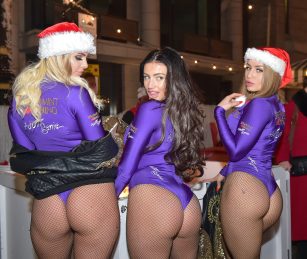 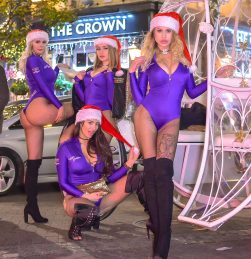 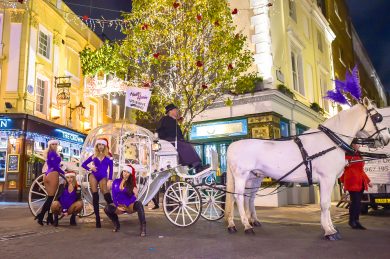 More recently, Jeremy collaborated with Adult Genie to organise the PR stunt of the century and this involved a pumpkin shaped Cinderella carriage complete with majestic white horses.  Inside the carriage sat a mix of stunning brunettes and blondes, all kitted out in kinky skin tight spandex cat suits in Adult genie’s trade mark purple and embellished with the logos of Spearmint Rhino and Adult genie. The models toured across London in opulent style and stopped at various landmarks where they posed for photographs and brought festive cheer to all who stopped to watch the action. 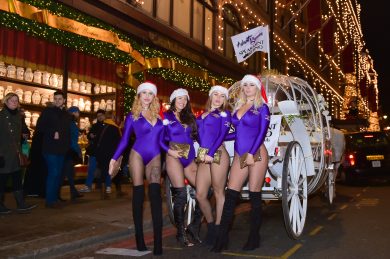 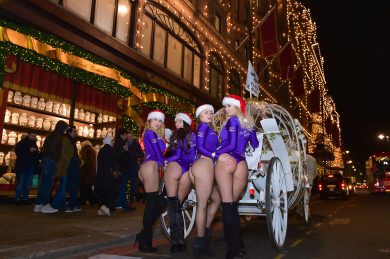 “It was a cold night and the girls. Amber, Karolina, Laura and Emily did a great job even though Amber started to turn into Rudolph with her red nose. We started in Harrods and made our way across London, gate-crashing a street party hosted by Novikov (to be fair the girls saw the fire and wanted to warm up and grab some food), we then went onto Morton’s in Berkley Square, Piccadilly Circus, Haymarket, Leicester Square and finished in Covent Garden. The tourists seem to love the site of the horses and girls.” 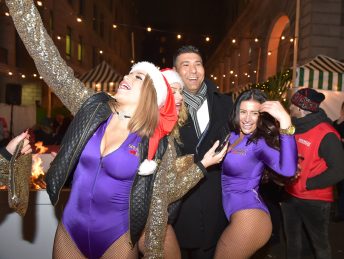 It seems London has been bowled over by this epic event and the stunt has since gone viral on social media with internet users sending in hundreds of e-mails to ask when they can see this again. 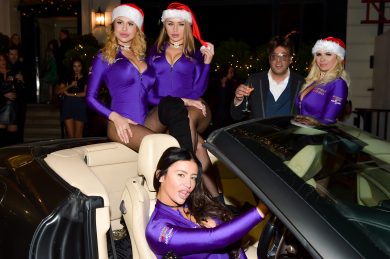 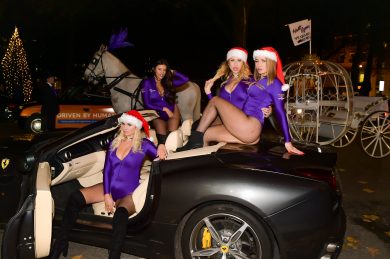 Speaking of the collaboration Jeremy told us:

“Genie are awesome, we can bounce ideas back and forth with each other and one thing setting them above other companies out there, is that there is consortium of networking businesses that come together with Genie, so we all become a big family to make our events huge both in the real world and online.” 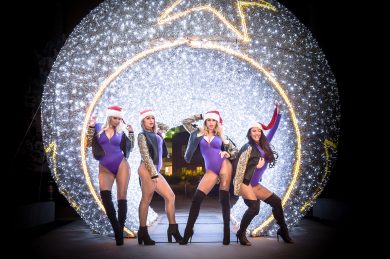 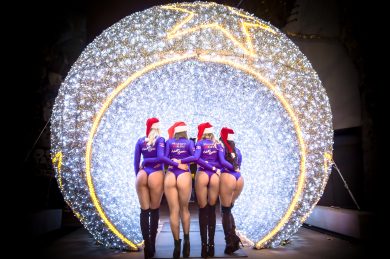 The Spearmint Rhino Director has celebrated many successes over the years and says that since collaborating with Adult Genie, the brand has gone from strength to strength and he is looking forward to the next collaboration on the 7th December which is The Adult Genie – Daily Sport Christmas party. The event will be held at Spearmint Rhino and starts at 7pm.  It’s a very special exclusive event and guests can expect to meet the Spearmint Rhino dancers and brand ambassadors, Adult Genie’s purple clad babes, various well known glamour models and social media socialites and even some hunky fellas from The Chocolate Men Tour for the ladies! Also in attendance will be various sex kittens from Invasion Angels to make your heart melt and your legs turn to jelly! 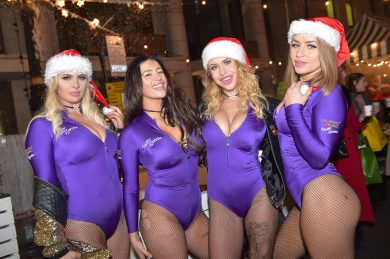 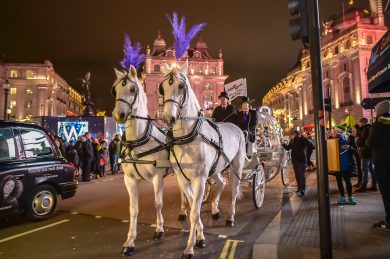 Champagne and nibbles will be available all night long and doors open at 6pm. Get your festive freak on, let your hair down for this incredible event and party all the way through till 6am in the morning!

Article By Kaz B 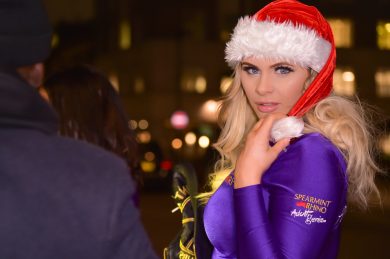